WASHINGTON – One of the problems with new Internet-based ventures is that they often lack critical mass. Jeff Lazerson, a Laguna Niguel mortgage broker, found that out firsthand.

Lazerson had a great idea: a Web site that would allow home buyers to hunt anonymously for the lowest prices for most of the services that lenders require before a mortgage can close, things like settlement agents, title insurance, surveyors and termite inspectors. But alas, his grand plan for fairclosingcosts.com eventually fizzled.

There are a number of reasons the site never really took off – the lack of money to pay a sales force to sell the idea, the crashing real-estate market and perhaps even the desire on the part of the larger players to avoid transparent pricing.

But whatever the reasons, the fact is that the site doesn't have enough participants to make it useful.

“The site is still up, but pretty empty,” Lazerson says. “I had the right idea, but the timing was a disaster.”

Now come two new Web-based enterprises, one remarkably similar to Lazerson's and the other offered by a group of nonprofits. This time, both appear to be rich enough to make it beyond the startup stage.

Closing.com, a site that can create instant closing-cost estimates as would-be borrowers search for the best or least expensive real-estate service providers, has a vendor database of nearly 150,000 companies in 14 categories.

And fairmortgage.org is populated by dozens of lending organizations that promise to offer safe mortgages at fair prices.

“We're not really an early-stage company,” says closing.com's creator, Anthony Farwell. “Building the site took three years. We launched our first version in 2008, and now we're having 'a soft launch' that is vastly more sophisticated.”

Cerebral it is: The system auto-adapts to your specific location. So instead of listing providers that don't work in your town and forcing you to wade through a laundry list of companies to find those near you, it shows only those that offer their services in your neck of the woods.

Moreover, it automatically selects the services that are required by lenders or are customarily paid by borrowers in your area. And then it lists all the optional services you might want to consider – pest control, home warranties, home inspection and the like.

Better yet, closing.com is free, both to consumers and vendors. Farwell's La Jolla-based ClosingCorp, makes its dough by charging providers for “enhancing” their appearance on the site.

Farwell has built a number of media and technology companies over the years. He has been involved with the country's premier movie-information service, a leading movie-ticketing service, a TV-listings and information service and STATS Inc., a sports-data provider acquired by Fox Broadcasting.

Now he has turned his sites – no pun intended – to real estate. “There are a lot of terrific technology tools for choosing mortgages and homes,” he says. “But there really is nothing to help consumers find settlement service providers.”

There is no estimate as to how much borrowers might save by doing their own legwork to find the cheapest or best providers. But overall, borrowers pay roughly $40 billion a year for these lender-required services.

And when all is said and done, each of us leaves anywhere from 3 percent to 7 percent of the price of our new homes at the closing table in settlement fees and charges.

Of course, there are plenty of borrowers who don't care what they pay for these services or who picks the providers, so long as the deal gets done without any glitches.

But for those who want to be sure their transactions are handled properly at the lowest possible cost, the savings can be significant.

The savings also can be considerable at fairmortgage.org. And so can the peace of mind, for the site lists only those lenders that promise to adhere to a set of core standards established by the Fair Mortgage Collaborative (FMC), a collection of advocacy organizations, consumer-protection groups, loan-counseling and -lending networks, and secondary-market intermediaries.

With major funding from the Ford Foundation, the collaborative is an effort to put would-be borrowers in front of lenders and brokers who promise to work on behalf of the customer rather than the other way around.

There is no official number of participating lenders (one official describes FMC as “a network of networks”). Together, though, the current crop of certified lending organizations originated $520 million in mortgages over the past 12 months, so the database is extensive.

And it is growing, according to FMC executive director Howard Banker. “We are talking to five big lenders” about joining the group, he says, adding, “It's always good to begin with those who brought you to the dance.”

FMC chair Janis Bowdler describes the effort as “a delivery system” in which consumers will be able to separate honest lenders from the pack of dishonest ones who pushed borrowers into loans they couldn't afford or for which they weren't otherwise qualified and are blamed, at least in part, for causing the mortgage-market meltdown.

The good lenders have always been out there, says Bowdler, who works for the National Council of La Raza, a Hispanic-centric group that has 52 affiliates. But they were pushed aside by big-budget lenders who didn't always have consumers' best interests at heart.

To be part of the collaborative, lenders and brokers must pledge to first verify whether the borrower is eligible for conventional financing. If not, borrowers must be offered credit counseling at no cost so they may be able to qualify sometime in the future.

Only if the consumer turns down the offer for counseling can FMC members then offer “the next best set of products” for which the borrower qualifies.

Also, lenders cannot offer predatory loans. FMC has a list of verboten products that include stated-income loans, no-doc loans and adjustable-rate mortgages that come with negative amortization and ARMs of all kinds, unless the borrower can qualify at the fully adjusted rate.

Lenders who offer any loans on FMC's list of banned products cannot participate in the program, even if they offer other mortgages that pass the group's muster. But consumers can still access the good loans from those lenders through FMC-approved mortgage brokers.

Lew Sichelman is a nationally syndicated writer based in Washington. E-mail him at lsichelman@aol.com.

Joe Metzler, MMS, UMB
Thank you for the article. Unfortunately, the problem with rate comparison web sites is it is impossible to accurately quote anyone, and they are all basically worthless.

First, consumers don't understand and think rates are dramatically different from lender to lender. That isn't true, as lenders all are underwriting to the same guidelines, and are getting the same wholesale rates from the same bond market.

Second, consumers also don't understand the the simple fact of garbage in, garbage out. I can't tell you how many untold thousands of times consumers put in wrong information, or "assume" they know how things work.

Most people think you can walk down to Target or Wal-Mart and buy a 30-year fixed loan off the shelf, and whoever is $1.00 lower, that is how they are going to use. The reality is that it is more like buying a new car. While they all save the same make and model, they are all different. Different options, different engines, etc. That is the same for home loans. Each customer is different.

Nothing will ever replace a dedicated professional, and if you search for and select your lender solely on the results you see in some mortgage comparison web site, you are setting yourself up for failure. Am I saying don't shop? Of course not. Realistically you can expect about a 1/8th percent difference on truthful lenders by shopping, but that is about it.
Share 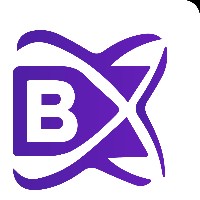 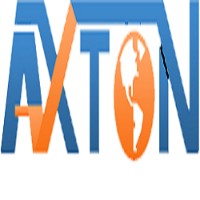 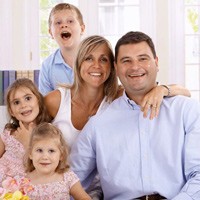 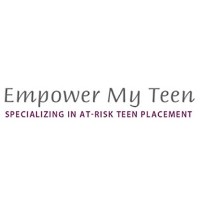 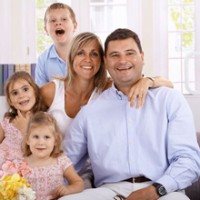