If you're planning to apply for a refinance or purchase home loan, it's always a good idea to shop around with at least three different lenders to make sure you're getting the best deal. Even more important than just shopping around is that you shop right, meaning you know the right questions to ask to make sure you’re comparing loan offers that are truly apples to apples. More

DENVER (MarketWatch) — Caylin Crawford found herself out of work after a snowboarding accident and went to U.S. Bank for some help with her mortgage.   The 24-year-old homeowner said she was up-to-date on her monthly payments in January 2011 when she called to ask about loan-modification options. But the bank didn’t modify her loan. Instead, it foreclosed on her home. U.S. More

Do you ever get the feeling that your credit score doesn’t adequately portray your true risk as an applicant for a home mortgage? If your FICO score is a subpar 690 but you know that you are a solid candidate for a loan, do you think that lenders’ heavy dependence on credit scores is unfair to you as an individual? You’ve got some company. The jury is out. More

Every week someone sends me an idea on how to fix various housing problems. Many want home prices to stop falling and many others want to bail out homeowners because banks were bailed out (as if two wrongs make a right). Others want to stop foreclosures even though the very best thing for most of the people in trouble would be to shed the albatross by walking away. More

Picture this nightmare financial scenario: You've taken out a $150,000 home-equity credit line to remodel your house, you've already pulled out thousands to pay contractors and owe thousands more, when suddenly you get a curt letter from the bank. Effective yesterday, it says, we've shut down access to your credit line. You're in shock. The bank later reinstated the owner's credit line. More

With interest rates near rock bottom and home prices down, this ought to be a great time to buy a home. But for most people, it's a lousy time to get a mortgage. Years after the collapse of the real-estate market and resulting financial crisis, it takes nearly pristine credit scores and hefty down payments to get the best rates. In the process, they shape how much it costs to borrow. More

Tens of thousands of condominium unit owners around the country may not know it, but their ability to sell or refinance could be jeopardized by a rolling series of federal government deadlines. Beginning next spring, another 23,000 projects - with residential units totaling into the estimated hundreds of thousands - could lose their eligibility as well. The deadline was Tuesday. More

How To Create A Fairer Tax Environment 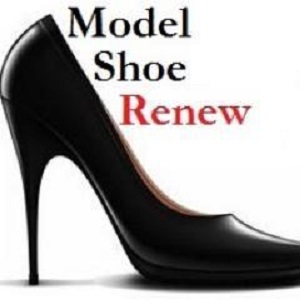