0 Votes
2163 Views
First thing Monday morning I'm going to march into my boss's office and demand a pay cut so that I'll be in a lower tax bracket next year.

Of course that's ridiculous, but isn't it about the same as the financial community's "Conventional Wisdom" (CW) for year-end tax planning? What about the long-term nature of investing, or the merits of that investment they felt so strongly about in July? What are their motivations, and what discipline thought up these strategies in the first place?

Clearly there are many questions that require answers, but as investors, it should be crystal clear that the object of the investment exercise is to make money... just as much as possible, quickly, legally, and within a low risk environment. The faster it comes in, the more effectively it can be compounded. Otherwise, wouldn't the "CW" be to find as many downers as uppers so that there are no tax consequences? Wouldn't Zero Taxable Gain Investing be the only "smart" investment strategy? A December, 2004 New York Times Money Section article actually suggested that Investment Professionals had an obligation to lose money for clients in order to reduce the tax burden.

Your Financial Professional's perspective may produce smart tax advice but only professional investors (not accountants, attorneys, stockbrokers, financial planners, advisors in general) should be called upon for acceptable investment advice. CPAs may look smarter if you have a lower tax liability, but many of them go too far with a calendar year focus that ignores the realities of an emotional and cyclical investment environment. Take last year's Merck for example. It has nearly doubled in Market Value since you were told to sell it last November... who'da thunk it! Why didn't you buy more (of this and many other high quality losers) instead of selling? Fortunately, not all professionals are into losing money. In fact, in nearly thirty years of dealing with hundreds of Accountants and other advisors, not even a handful have suggested that clients should take losses on fundamentally sound securities, Equity or Fixed Income. Just think if you had taken your dot.com profits in '99, purchased the downtrodden profit making companies of the time, and paid the ugly taxes. The value companies didn't crash. They've rallied for nearly seven years!

The key issue in considering a capital loss is the economic viability of the investment... not your tax situation! A key element of The Working Capital Model (for investment portfolio management) is to eliminate the weakest security in a portfolio every time the Market Value of the portfolio establishes a significantly new "All Time High" profit level (an ATH). My definitions may be different than those you are used to: (1) Profit = Total Market Value - Net Portfolio Investment, (2) A "weak" security is a stock that is no longer rated Investment Grade by S & P, or no longer traded on the NYSE, or no longer dividend paying, or no longer profitable. Income securities whose payout has fallen to way below average (or risen to an unsustainable level) could also be culled at an ATH. Securities that have fallen considerably in Market Value for no apparent reason (other than recent news or changing interest rate expectations) are referred to lovingly as "Investment Opportunities". This is what you look for while trying to reinvest your profits... like last year's MRK. By the way, switching from the strong asset class to the weaker one as a "hedging strategy" or vice versa (as a greed motivated speculation) is simply an attempt at "market timing", not a "sophisticated" or "savvy" adjustment to your asset allocation. Asset Allocation is always a function of personal factors and never a function of asset class (Equities and Income Generators) directional speculation.

So what happens if a new portfolio ATH is achieved in February or August instead of in November or December? (Note that the financial community only preaches tax loss strategies during the last calendar quarter.) Should you unload all the weak issues at the same time, even those purchased just a few months ago? Management of your portfolio requires the disciplined application of consistent rules and guidelines, and every manager will develop his or her own style. But in a high quality, properly diversified, income generating portfolio, (1) the number of weak issues will generally be small and (2) the probability of escaping with only a minimal loss very real. Keep in mind two basic investment axioms: There is no such thing as a bad profit, regardless of the tax implications; and no matter how you may rationalize, there's no such thing as a good loss. So, sure, if a loss should be taken due to an ATH in February, bite the bullet on the one security (only one) with the declining fundamentals (A Merrill Lynch/CNN/CFP opinion is not a fundamental.) If there are none, good job!

Profits are the holy grail of investing. Few people will admit just how infrequently they have experienced them or, conversely, just how frequently they have watched them disappear beneath the waves of a correction. (Like gamblers retuning from Vegas... no one ever seems to lose!) Similarly, most financial professionals will counsel their charges to let their profits run, particularly around year-end. Surely, speaketh the CW prophets, these profits will hang around until next year, thus deferring those terrible taxes! (Worked real well at year-end '99, you'll recall.) Don't think for a moment that anyone knows what will happen this time around the rally pole, particularly in those ridiculously priced ETFs, which are put together with the same kind of spit and duct tape used for the dot.coms. Always take your profits too soon, because you can't get poor that way!

First thing Monday morning I'm going to: (1) Call my accountant to tell him that I'm going to help him reduce his tax burden by not paying him, (2) continue to view the Investment process in cyclical rather than calendar terms, (3) limit my tax liability by how I invest, not by taking unnecessary losses, (4) continue to make as much money as possible, as quickly and safely as possible, and (5) contact the media, my political representatives, and anyone else I can think of that will help in the fight to abolish the taxation of all investment and retirement income.


Steve Selengut
http://www.sancoservices.com
http://www.valuestockbuylistprogram.com
Author of: "The Brainwashing of the American Investor: The Book that Wall Street Does Not Want YOU to Read", and "A Millionaire's Secret Investment Strategy"
Tags:
Like This Post? Please Share!

New idea to free up equity has drawbacks 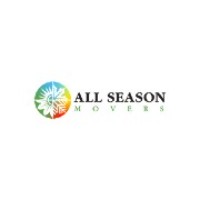 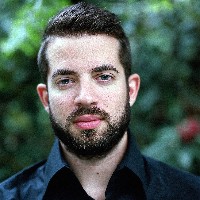 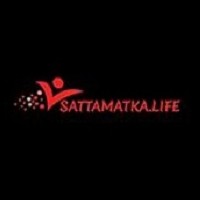 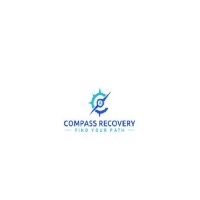 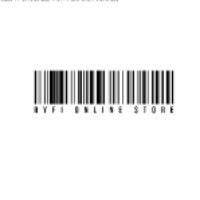