Gets your attention, doesn't it? The unfortunate thing though, is that most people will react negatively to this intentionally inflammatory, media-ready, title statement. Has some Wall Street virus attacked our financial experience memory chip? Bouncing around unpredictably is precisely what the markets have always done. In the last forty years, there have been no less than ten 20% or greater corrections followed by rallies that brought the markets to significantly higher levels. Volatility is not a bad thing--- a non-event, even.

Ironically, it is this routine volatility (caused by hundreds of human, economic, political, and natural variables) that is the only real certainty existent in the financial markets. Would anyone be happy with market prices that didn't change? Should anyone expect market valuations that only go up? So what's all the anxiety, scrambling, and crying about? As absurd as this may sound at first blush, you will never become a successful investor until you are able to embrace market volatility as your dearest and closest friend.

The Wall Street media is also your friend, because it fans investor emotions to the point where rational thinking becomes impossible for most participants. My observation the other night at dinner (that the 400 point drop in the DJIA had provided an opportunity to purchase dozens of IGV stocks at bargain prices) was met with vacant stares. When I added that nearly half of those stocks had been sold profitably in recent weeks--- you can imagine the shocked silence that followed.

Investor perceptions of volatility need to be rearranged. When you allow more than an up-only smiley face into your understanding of the markets, you will be able to position yourself to actually take advantage of the volatility while it is happening. When you realize that the causes of market gyrations are not nearly as important as the opportunities for bargain hunting and profit taking that they produce, you'll be able to grow and to protect your portfolios from your emotional dark side.

Let's talk about reality. There are many different ways that professional investors and speculators make their fortunes in the financial markets. The key is to know whether the path you are following is too speculative for the destination you are seeking. Over the past twenty years or so, the stock market has provided the best returns for most investors--- yes, even better than commodities, currencies, and ETFs (which didn't exist even ten years ago). But balanced investment portfolios, those containing both investment grade value stocks and income generating securities have probably surpassed all others.

Let's talk about causation. There are far too many variables affecting the movement of security prices to allow for accurate prediction of either the scope or duration of short-term gyrations. Every rally produces both a bubble of some kind and the pin that will eventually do the bursting. Hindsight identifies all the culprits and promises to regulate them out of the system so that the future will be different. Don't kid yourself. The next rally will come to the same bloody end as its predecessors.

But this year we have the opportunity to assure that our economic future will be better. Much of the current skittishness in the financial markets is caused by multiple economic concerns and the incredibly naive resolution ideas being spouted by the presidential candidates. And there are other, somehow out of the limelight, economic issues that politicians are afraid to even consider. The primary economic issues (jobs, energy, and economic growth) need to be joined by Social Security reform, corporate tax reform, and term limitations in congress.

No president, no matter how bold, can bring about meaningful change without a less self-serving cast of characters in the legislative branch. But this kind of change can't happen until we replace the current batch of pork barrel politicians with a new group of change orientated decision makers. Today's congress legislates mind-numbing regulations that stifle creativity and economic growth. Investors need to support fewer "taxors" and to elect a whole new group of economic facilitators. Throw out the incumbents this November.

You just don't create jobs by taxing, regulating, and otherwise strangling the job creators. In most communities, local governments think of their non-voting corporate citizens as ratables instead of as job providers. Serious jobs would be created, and general price reductions produced (good or bad for the GDP?), through a controlled elimination of all income taxation on legitimate corporate job providers. Of course it would have to be regulated to assure jobs, price reductions, and shareholder benefits, and not just more perks for obscenely paid executives.

Similarly, taxing gasoline production and delivery organizations is not going to bring down the price per barrel of crude oil. But "taxing" the cartel that fixes the prices instead of bribing them with protection from their enemies could work almost as well as tapping into our own abundant supply and adding some long-needed refining capacity. Eliminating state and federal gasoline taxes and fees and taxes on interstate truckers would produce many cost/price benefits as well.

Economic growth, more jobs, and lower prices could be the immediate result of two relatively simple changes that neither of the Presidential hopefuls have the courage to even whisper about. Without nearly enough detail:

(1) Over a five-year period, change Social Security to a mandated-contribution, deferred, individual fixed annuity program managed on a flat fee basis by 15-year experienced insurance companies. No variable (stock market) benefit plans would be allowed; all citizens would be eligible to participate, and all employed persons (Congress included) would be enrolled automatically. Contributions would be reduced and employer participation eliminated.

(2) Eliminate all taxation on any form of retirement income immediately, and phase out all taxation on all forms of investment income over a five-year period. Replace those taxes with a 1% Federal sales tax an all goods and services except food, shelter, clothing, and health care.

Then, we can start to replace the Internal Revenue Code with something simple, protect shareholders from unconscionable corporate executive compensation, and come up with a solution for providing adequate healthcare to everyone.

We have met the enemy and he is us--- Walt Kelly, Pogo

Professional Portfolio Management since 1979 Author of: "The Brainwashing of the American Investor: The Book that Wall Street Does Not Want YOU to Read", and "A Millionaire's Secret Investment Strategy"

What to Know Before You Close 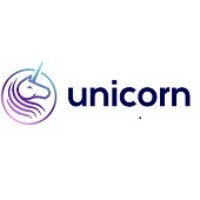 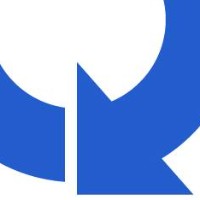 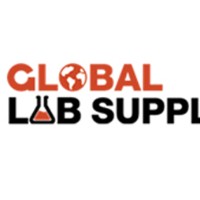 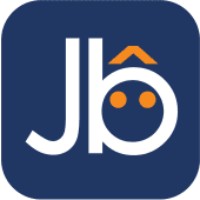